The LuLu International Shopping Mall is located in Kochi in the state of Kerala. It is the largest shopping center in India and has 1.7 million square feet of retail area. Because of its size, it is one of the most visited sites in Kerala. This mall was opened on March 10, 2013 at a cost of $250 million. The LuLu International Shopping Mall offers a 2,500-seat food court, a 9-screen cinema multiplex, a 5,000-square foot ice skating rink, a 12-lane bowling alley, indoor climbing walls, arcade games, and a Marriott Hotel. Additionally, this shopping center is home to 215 stores. 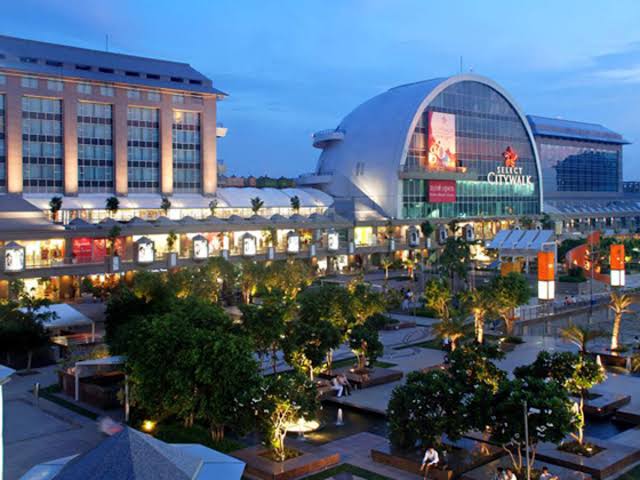 The second largest shopping mall in India is the Select Citywalk, which has a total area of 1.3 million square feet. It is located in the Saket District Center of New Delhi and was opened at the end of 2007, the result of a joint venture between Aarone Group and the Select Group. This mall is the first large shopping center in the southern region of Delhi and is the first of four planned malls for the area. It covers an outdoor area of around 6 acres and includes 180 stores, a 10,000-square foot food court, a 6-screen cinema multiplex, and a 100,000-square foot open plaza. Select Citywalk is home to 2 flagship stores in New Delhi: Esprit, which covers 12,000 square feet, and Tommy Hilfiger, which covers 3,000 square feet. Additionally, it is the location of the first stand-alone Calvin Klein store.

Elante Mall is the third largest shopping mall in India, covering a total area of 1.15 million square feet. It is located in the northern region of the country in the city of Chandigarh. The entire complex is arranged across 20 acres of outdoor space, which includes the mixed-use real estate development project called Elante. It was opened in April of 2013 and in 2015, was purchased by the Carnival Group for $274 million, making it one of the biggest real estate deals in India at the time. When it was first opened, the mall was not connected to the electricity grid and burned at least 6,000 liters of diesel daily to meet its energy requirements. This mall is divided into 4 above ground floors and 2 basement level floors, which house a large food court, outdoor cafes, an 8-screen cinema multiplex, and a Fun City amusement area for kids.

The fourth largest shopping mall in India is Phoenix Market City, located in Chennai in the state of Tamil Nadu. It covers an area of 1 million square feet and was opened in January of 2013. Construction of this mall is considered the first part of a larger development project, which will include a residential area and luxury mall in the future. It is home to an 11-screen cinema multiplex, a large food court, an IMAX theater, and an interactive game zone called IPlay. Additionally, Phoenix Market City has over 250 retail stores.